RACV Royal Pines Resort once again hosted the Australian PGA Championship in December 2019 with huge success. Golf Course Superintendent Lincoln Coombes and his team along with a number of volunteers prepared the course to an exceptional standard for the event. Below is Lincoln’s overview of the event:

The 2019 Australian PGA Championship had a very different feel about it, I think this was due to the rumours going around that the tournament might be moving venue. However, I felt that we were in a pretty good position going into the tournament even though we hadn’t had any substantial rain events leading up to the tournament.

This year the team was three fulltime staff down compared to previous years, however the casual work force was up by three. It is a sign of the times that large crews will soon be gone, and a more flexible workforce will take its place.

In 2019 the decision was made not to renovate as previous years, we renovated in the September holidays, but corporate golf is very busy in the October-November months. So, having the extra pressure of getting the greens back and making sure the course was in excellent shape for all this golf was a no brainer. We came out of winter in pretty good shape so really we just had to start working on the little things.

The lack of rain was pretty much our largest obstacle to overcome but, knowing that all we could do is worry about having the greens surface in the best possible shape. We are lucky enough to have class C recycled water, with this comes its own problems with chlorides and sodium levels reasonably high.

Our programs changed slightly with more applications of Dropzone (organic acid) and liquid applications of Soil Prima, Kelpak & MLR8 to help break down the bicarbonates and minimise the sodium & chloride build up. Drop Zone and a broadacre wetting agent was injected into our irrigation system to help with making the water more user friendly. Wetting agent was also sprayed on the greens to help retain moisture levels. Without the rain to flush the profile we needed to make sure that the greens received plenty of attention and care. Leading up to the tournament we managed to get a couple of dustings on the greens and pro-cored with a 6mm solid spike as often as we could. The greens were cut at 3mm and during the week of the tournament we cut morning and night with a single roll in the mornings to help keep the speed up.

I felt that the fairways this year were good, I am not sure if 1mm does make a difference, but I certainly felt that lowering them to 9mm this year compared to 10mm previous years resulted in the turf being tighter and they certainly looked sharper.

Tees are probably the hardest things for us to manage leading into a tournament. The PGA tend to put the boards up about a fortnight before and we find that some of the sprinklers are now out of action. The heat off the boards also plays a big part with a couple of tees being scorched around the base of the boards due to the intense heat we had. Hoses and knocker sprinklers were set up around areas that struggled to receive water and some areas just needed more water.

Overall, I find it very hard to judge the condition from one year to another but the feedback we received was pretty good so I was very chuffed that the hard work and the long days our guys put in paid off! My team deserve the accolades as we also had to have the 9 across the road in condition for other PGA events and RACV board members playing during tournament week.

The 2019 tournament went off without a hitch from all concerned so in a way it’s probably a fitting note to finish on.

But one thing that will remain with me is the help we received from other courses over the years. Thank you to Paul Mclean and his Assistant Trevor Ridge at Sanctuary Cove Golf and Country Club for sending staff and equipment year in year out, Graeme and Tom appreciate your help. Luke Helm at Meadowbrook who has a small team, yet he still managed to send out a couple of staff (Trent & Lance) to help with preparation leading into and during the tournament. Thank you to Phil Soegaard from Lakelands Golf Club for allowing Ryan Murphy to comeback for the 2nd straight year working the tournament week especially since he just got back from doing the Australian Open.

I would like to thank Ben Marshall and Toro Australia once again for lending machinery for the tournament, some we need and some are there just for peace of mind. Every year Toro and Ben has helped out and we have really appreciated it. I also would like to thank Paul Bevan, Keith McKenzie and the team at Greenway Turf Solutions for putting on the BBQ once again and feeding the troops and as well as supplying shirts for the guys. 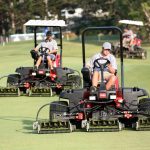 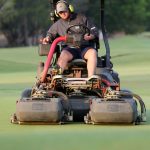 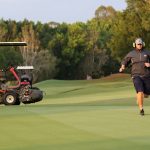 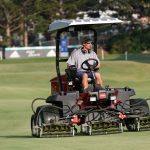 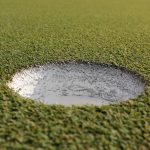 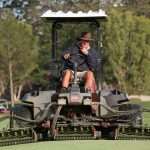 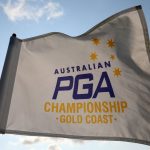 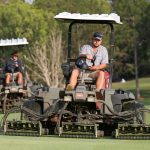 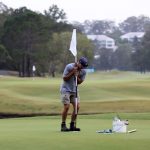 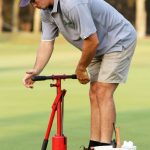 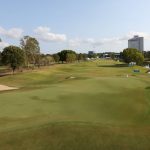 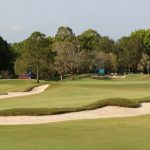 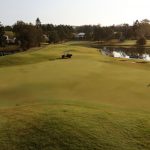 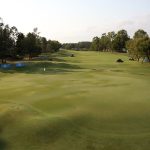 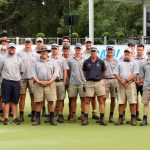 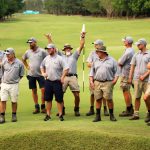 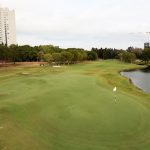 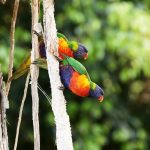 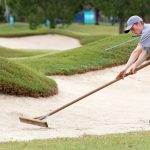 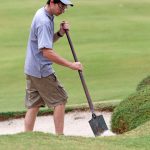 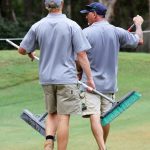 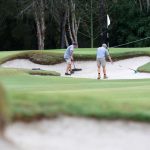 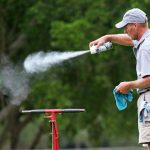 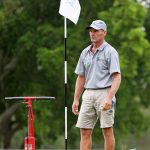 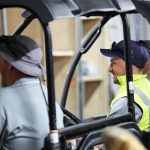 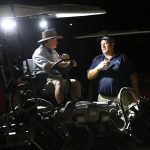 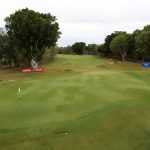 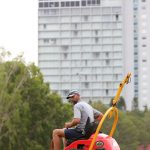 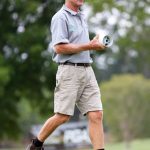