The team at Byron Bay Golf Course have been extremely busy over the past few months with a number of golf course improvements being undertaken, thanks to the NSW Government Office of Sport funding that was successfully obtained late last year. With most works being completed in house the funding has been stretched a long way and has resulted in significant improvements to the golf course, which will unfold over the next 18 months.

Each of the 41 bunkers are planned to be 100% refurbished with 32 of them planned to be lined with the Kustom Bind polymer liner and new sand from Southern Pacific Sands.

To date, 7 bunkers have being completed with Geo Fabrics bunker mat and 11 with the polymer liner. These bunkers were all shelled out, drainage inspected, flushed or replaced, followed by 7mm aggregate spread over the floor and face of the bunkers at a depth of 80+mm, before sprayed with the polymer. 165 tonnes of 80/20 Premium bunker sand blend has since being installed into the completed 18 bunkers.

We are nearly half way!

In conjunction with this project 500m of sub-surface drainage was installed around some soft green surrounds, to improve the year round playability.

The fairways are also in the middle of being treated to an overhaul, which over the past three weeks has seen 1.5kms of pipe and 85 new sprinklers installed over three holes. This required over 360 man hours and we thank our staff and volunteers for their efforts!

We have another 3 fairways to go, including a new mainline which will total nearly 3.5km of pipe work and 240 sprinklers to complete this project all supplied by Turf Irrigation Services and 100% installed by our Green Staff Team and dedicated volunteers on the tractor and trencher. The completion of this will see all fairways upgraded over the last 6 years.

Next year the remainder of the funding will be used to complete our planned concrete cart paths and rebuild the 7th hole from the 135m mark through to and including the green.

VERY BUSY times ahead! As they say, “You are only good as the team around you”.

This is so true, with our team putting in long days to ensure the projects are completed on time and make sure the members come Wednesday and Saturday have their golf course back to some sort of normality.

Once again these proactive steps will set up the course into the future. 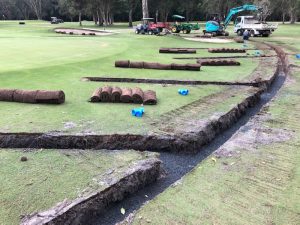 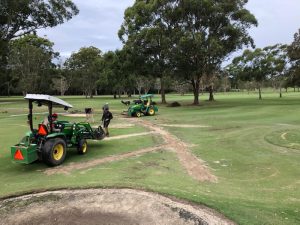 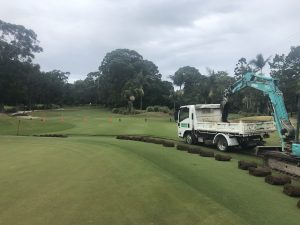 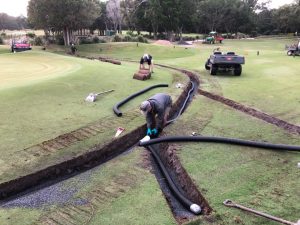 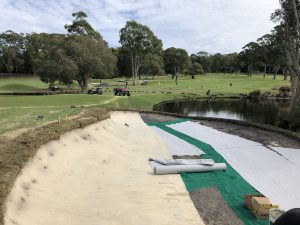 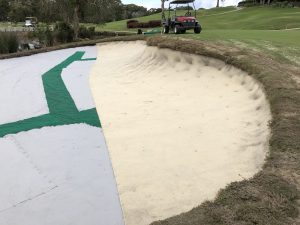 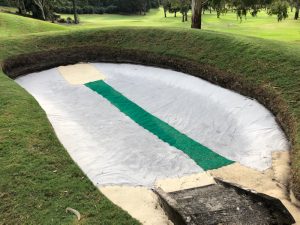 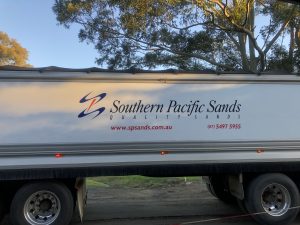 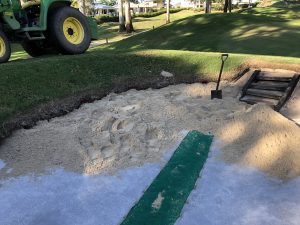 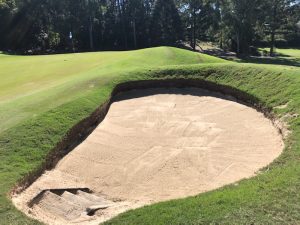 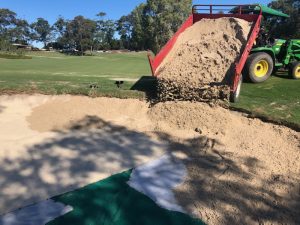 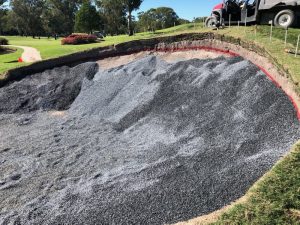 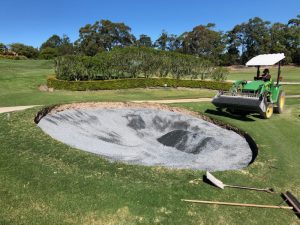 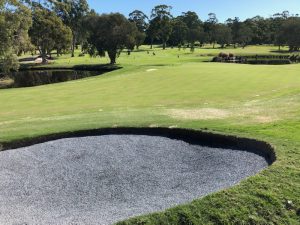 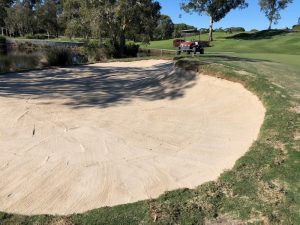 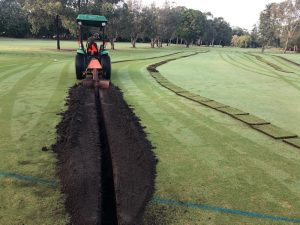 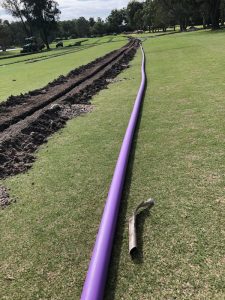 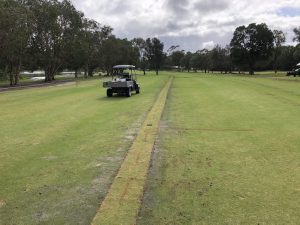 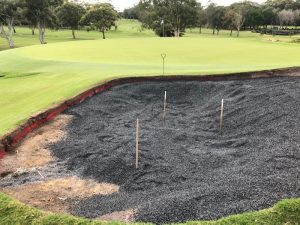 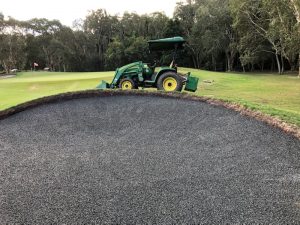 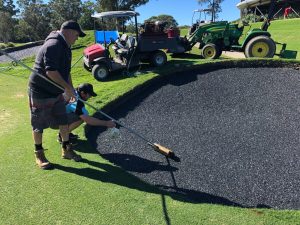 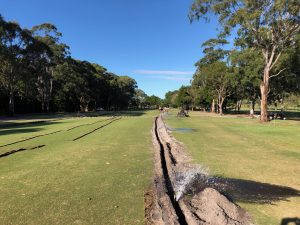 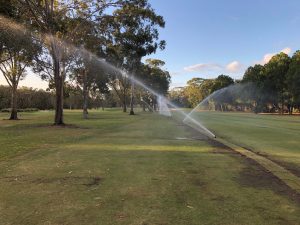 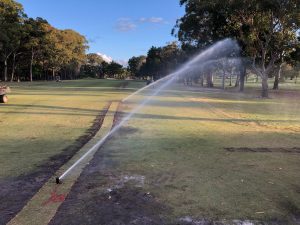 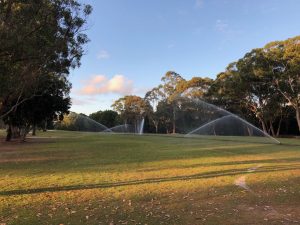 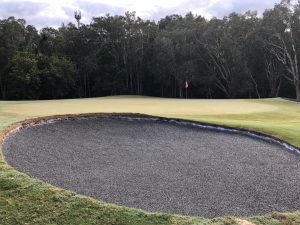 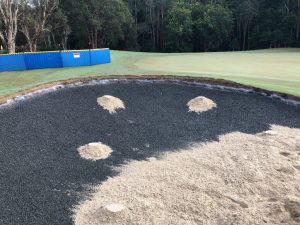 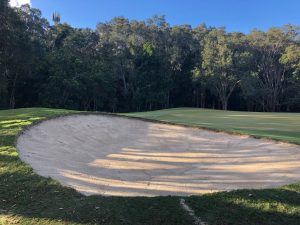 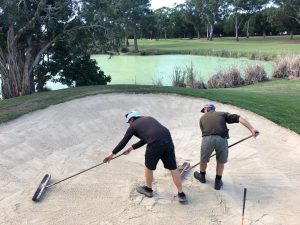